150+ years later: Nokia's story is one of reinvention every few decades | Teleperformance
FILTER BY:

150+ years later: Nokia’s story is one of reinvention every few decades

Ask anyone to hum the ‘Nokia tune’ and they can probably respond with the famous tune. These notes were the default ringtone on most of the mobile phones sold throughout the 90s and first half of the last decade, however very few people know that what we all just call the Nokia tune is actually a work for classical guitar by the Spanish composer Francisco Tárrega. Who needs to know? It’s now the Nokia tune.

150+ years later: Nokia’s story is one of reinvention every few decades

Nokia dominated the global mobile phone market for so long and then it was all over so quickly when smartphones, such as the Apple iPhone and Android devices from Samsung, took their place. Nokia became a standard business school case study. MBA students would study how the brand soared so high and then collapsed – they didn’t see how the market would pivot so quickly to smartphones and open app stores.

However, Nokia never died completely and there is now an attempt at a comeback. They originally sold the phone business to Microsoft in 2014, but Microsoft was never able to make it work and they wrote-off the acquisition. This year Nokia launched a range of new handsets that feature a pure version of the Android operating system from Google. This ‘pure’ version of Android doesn’t have all the usual (battery killing) manufacturer-specific apps and add-ons and is therefore much more secure and able to easily be continuously updated by Google.

The technology journal ZDNet believes this is an important step by Nokia: “This is a huge deal if you care about security and software updates. If all you want is the next biggest and thinnest phone, look elsewhere. There’s always another pretty phone. But, if you’re serious about getting work done with your phone, you must check out the new Nokia phones.”

But I can easily get access to an Android interface with many other brands so is this stripped down and secure version really going to make a difference? ABI Research analyst David McQueen thinks so. “By resurrecting its distribution partners and building a solid partnership with Google, most notably through Android One with the promise of a ‘pure, secure and up to date’ experience, the company is slowly rising from the ashes as a brand to once again be taken seriously in the mobile phone marketplace,” McQueen said.

Rising from the ashes. Both the technology journalists and analysts believe that Nokia is about to make a mobile phone comeback. For example, they are on a quest to make phones sound as good as they look with Ozo audio platform which improve audio recording quality, allowing viewers to capture cell phone videos with lifelike audio.  Nokia has had quite a history, starting out as a paper mill in 1865 in Tampere, Finland. They moved into rubber products and eventually electronics, but their story is one of reinvention every few decades.

Nokia’s story is one of reinvention every few decades.

Perhaps Nokia can return as a major phone brand once again. They have already secured 1% of the global market share, which may sound modest, but it means that are only just outside the top ten phone manufacturers globally. Nokia retains very strong brand recognition globally, with many people still feeling very positively about their old Nokia phones – to millions of people, a Nokia was their first mobile phone. With technology journalists now raving about the new Nokia range that 1% could grow extremely quickly, especially in developing markets where Apple and Samsung are not as dominant. Is it time for you to get a new Nokia phone? 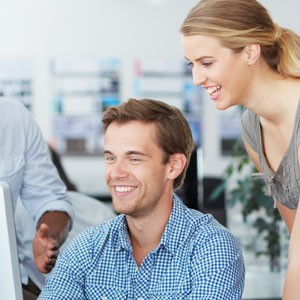 How Do You Find the Right Outsourcing Partner?

Finding the right outsourcing partner can be a confusing task for any executive. There are many suppliers out there in the market and many will be offering, what seem to be, similar services. There is also an endless line of expert consultants waiting to help advise you. But do you really need to spend all… 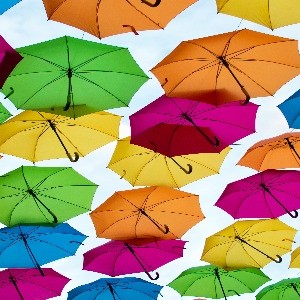 Digital Transformation in the Nordics: How Will It Change Your Business?

Almost every company – across every industry – is currently exploring a future that involves the digital transformation of their business model. If that sounds too bold or dramatic, just look around at the companies you know personally. Banks, insurers, retailers, publishers – all of them are facing a dramatic change to the business model…

GET IN TOUCH
WITH OUR EXPERTS

How Do You Find the Right Outsourcing Partner?

Digital Transformation in the Nordics: How Will It Change Your Business?